Should Cities Have More Cycle-Lanes?

Should Cities Have More Cycle-Lanes?

I was recently thinking about buying an elecrtic scooter/bike to get from point A to point B, with everything so close in a city, and traffic being bad. What are your thoughts on cycle-lanes, and cycling/scooting in general?

This should be the prio. The infrastructure in cities should be rebuilt for this prio. This means, you should can buy and do everything for daily purpose around 200m radius in a city. And such a circle is big enough that an amount of people living there is as big as in a small city, where you get also everything.

Yes I think cities should have more cycle lanes or just actually have a dedicated cycle lane on roads like is common in China. Cycling is great for us and the earth and pretty much erradicates traffic jams which is a great bonus! 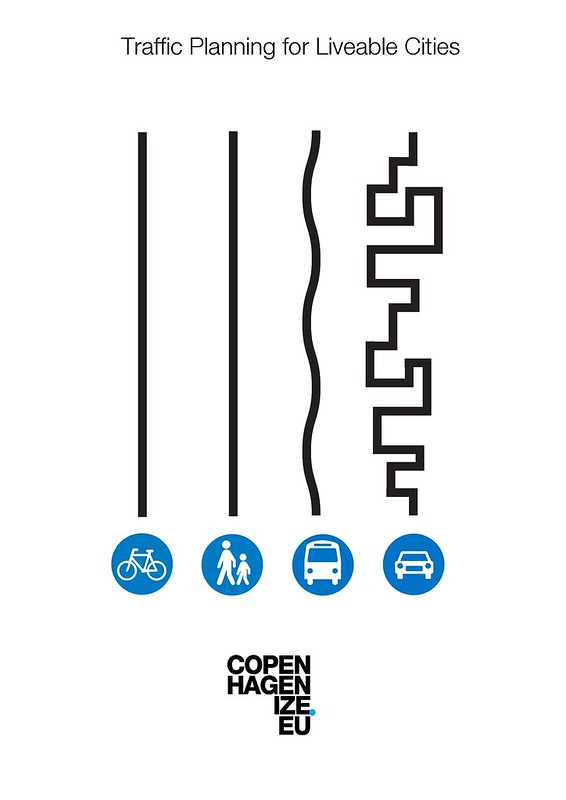 Don’t forget about people who need to drive cars.

The old and weak, people with young (or many) children, people trying to carry a lot of shopping, people who have a long daily commute…

Don’t make life even more difficult for them.

The design of the city can reduce the ‘need’ to drive a car to zero. Small shops in every neighbourhood, schools within walking distance, public transit that gets you everywhere etc. There are many cities in the world where less than 10% of the population use a car.

It sounds easy, until you walk a mile in their shoes. For many many people, you just need to use a car. For example, I know less than ten people on my road.

These are just examples from a very small sample size. Think how many other cases there are. You have to accommodate people who live differently from you.

That means you live in a city not designed for everyone and nor is every trip accessible by walking. Have a look at the old city of Fes, and tell me that you need a car to do those trips? Take a look at Istanbul. People have lived in large cities without a car for centuries. Supermarkets are not a prerequisite for living in a city. Similarly, children, the elderly, people with disabilities can be accommodated easily without cars. For example, the social environment can make a big difference, such as support from family and neighbours. 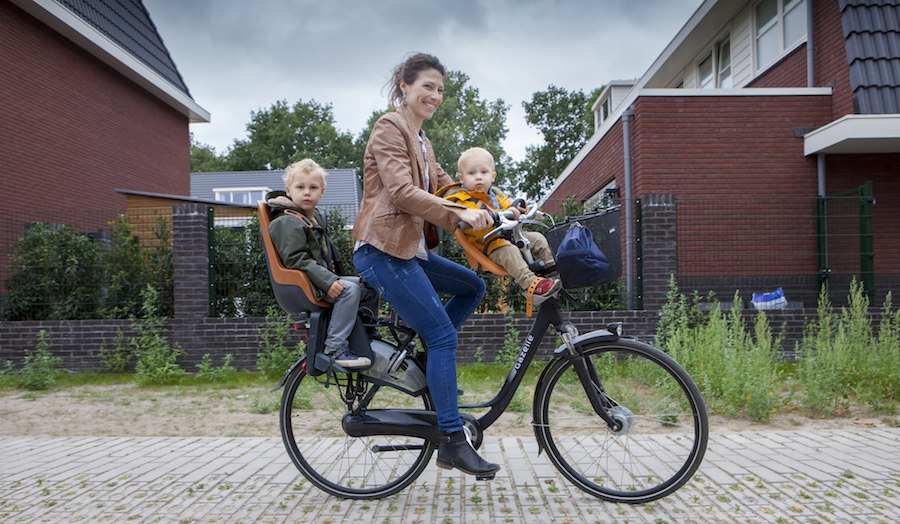 2 children on a bike? Seems doable. Or what about a carrier bike, if you have more? 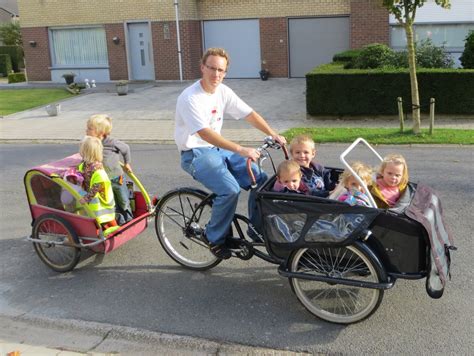 I admit that these children are all quite young, but starting from age 6, children should be able to cycle by themselves. (Note: this opinion is from a Dutch perspective)

I’m not against cars by the way, you could own a car and several bikes. Use the bike when possible and the car for everything else.

Yes, it could work, if the town is flat, and you never need to go more than a few miles. Or if there’s a very good and fast bus network and you can carry bikes on the bus.

For example, somewhere i used to live, it had a free bus for the decrepit and old, that went around the whole town and passed every house. So if you wait long enough, the bus will take to your destination, door to door.

But even then, there will still be a few people who need their own cars.

Don’t forget poor cardrivers implies ALL the time “forgett ALL others”.

“Everyone must take care” always implues in discussions “go away fucking cyclists, pedestrisns and public trnsport. Let us cardriver get the whole city”.

That’s just a perspective that could only make sense in a culture I’ve never met. In all the places I’ve ever lived, most people use most modes of transport - cars, bicycles, buses, trains, and foot. There are no “cardrivers” versus “pedestrians” versus “passengers” versus “cyclists”.

Sounds like you have bigger problems than just bike-lanes can solve.

What’s it like in Vienna? Sounds this issue is quite politically-charged and polarised.

It reminds me of how people approached the issue ten or twenty years ago.

Hopefully the Viennese will get over that stupid argument, like other peoples already have.

thank you for your input.

Now it’s a question of the quality of those cycle lanes.

Where I live, cycling lanes are often an afterthought which end up being a lackluster way to retrofit car infrastructure that never even considered pedestrian traffic in its development. What is needed where I live is complete renovation of the city to build/designate biking & pedestrian paths that are entirely separate from car traffic.

There’s a really good book I read a couple months ago called The Great Inversion, it talks about how American cities were built backwards compared to the cities in the rest of the world.

In America, from the 1930s onward, the wealthier someone was the further from the city center they would live; that way they could have a large house, lots of land, and a private commute in their own car.

Now in America, there is a “great inversion” taking place where wealthier/ younger people increasingly want to live in the city centers and want public transit & bike/pedestrian infrastructure. It’s really interesting because virtually ALL american infrastructure is car-centric, if you don’t have a car here your quality of life is severely degraded. Our cities have been built from the ground up to be car-centric, so now that we want to change it is tremendously expensive and disruptive.

There is a lot of experimentation being done to try and retrofit American suburbia to be more urban, but we’re really limited in what we can do. Want to build a transit line? Well, the ideal route would go directly through a few hundred single-family homes, so it will require negotiation with and the cooperation of every single homeowner in the way. Yikes. Want to build more dormitories, apartments, or condos? Not In My Back Yard, that will lower people’s property values, which for many Americans is their primary source of financial security, and is a very large source of revenue for many municipalities.

So, cycling lanes are a half-ass retrofit, but a good start? They’re definitely better than nothing!

Sounds interesting, thx for the recommend. There’s also this really good essay on that phenomenon:

Andre Gorz - The social ideology of the motorcar

Thanks for sharing that essay, it was fun a fun read! I think a lot of the issues he writes about are even more salient today, and it’s tragic that it took another 30 years after the writing of that essay for the American lust for the automobile to start to decline. Even in 2021, most people genuinely love their cars here. People will eagerly work hundreds of extra hours just to pay the finance charges on a nicer, newer vehicle.

Since the 1980s New Urbanism has slowly gained popularity, but it is difficult because people want to live in proper urban settings without cars at the same time that they can not give up their cars because they don’t live in a proper urban setting. It’s a chicken and egg situation!

I also love this quote from the essay describing urban sprawl, I found it pretty relatable:

These splintered cities are strung out along empty streets lined with identical developments; and their urban landscape (a desert) says, “These streets are made for driving as quickly as possible from work to home and vice versa. You go through here, you don’t live here. At the end of the workday everyone ought to stay at home, and anyone found on the street after nightfall should be considered suspect of plotting evil.”

If only a critical mass of people could have come to their senses 50 years ago as the author did, especially considering the essay was written in 1973 during the “first shock” oil crisis. That, to me, speaks volumes of the American infatuation with cars and consumerism. Opinions are changing, though. Now, we are about 25 years into the “great inversion”, and I think the momentum is unstoppable, but for 100 years our lives have been centered around cars, and the next 100 will be a journey to return life to our cities and communities.

Yes but with planning. I prefer no lane to a badly designed one.

Especially since here bike are obliged to take the bike lane if there is one.

I moved to the Netherlands for my studies from a place with zero cycle lanes, and my answer is absolutely yes. I think that cities should should have more cycle lanes!!

reminds me of this great bike map(pdf)

It’s complicated. Often adding a cycle lane is disastrous for local cyclists. It’s a poorly understood issue, even IMO among road planners, because it’s not something you can explain in a 10 second soundbite.

We could start a proper discussion. Maybe you could start a dedicated “community” for those really interested in the technicalities of this.

And many people are really interested, it’s literally life or death stuff for them.

How can a cycling lane possibly be “disastrous”? Whenever I’m biking I highly prefer roads with cycling lanes and have had much fewer “close calls” when in a dedicated lane. And why in the world would we need to create a community specifically to discuss bike lanes?

It’s not so surprising that two different people have different experiences of the same thing.

There are many problems, but the major one in my area: The cycle lanes are always the rightmost lane. So cars turning right, they stay in the middle lane, then pull across the bike lane as they turn. Then you have cyclists in the right lane, going straight. The only near-accidents I commonly have are all because of this situation.

Before the bike lane were installed, cycling was much easier, with much fewer near-accidents.

It’s just an example. There are many ways that something that seems obvious and easy, it turns out to be complicated, or even counter-productive.

What did you do before cycle lanes? I bike on the right with or without a lane.

That being said, there is one major road in my area that has bidirectional bike lanes in the center (left of the cars), and I agree that’s ideal.